In the wash up from the 6 Foot track I have had a little time to reflect upon the race, the prep and look forward to the future.

I finished in 4hr 13 minutes and 50 seconds, 50th overall and 7th in my Wave.  I was very close to my goal time and in a race of 45km 3 minutes below or above was well inside the 15 minutes either side I was allowing.

The race itself played out exactly how I had expected it to.  I ran well to the river, pushed up MiniMini strongly and walked/ran Pluvio and after that the Black Range, Deviation and drop into Jenolan were tough going.  I benefited from the runs on the beginning 26k of the course and wish I had done more at the Jenolan end.  Cramps and fatigue really took its toll from around 35k and I went through faster and slower moments in this stretch of the race.  I only walked up hills and ran the rest so I was very happy with my debut on the 6 Foot Track.

My nutrition on the day was spot on and I was very happy with this aspect of the run.  I had 1 endrolyte every 30 minutes, 3.5 gels and took some coke and sports drink at aide stations.  I felt this aspect of my racing is now sorted and my improvements can continue through training.

The race itself was awesome.  A great spectacle at the Explorers Tree, loads of nervous energy and plenty of chatter as well as one elite runner toying with idea of running.  The gun went and race flew past, a mix of great camaraderie and sportsmanship, tough personal battles and some iconic scenery from Katoomba across the Megalong and into the Caves.  The spirit at the finish was great, a giant noise welcomes runners and its was a top feeling crossing the line, sharing stories with other runners and seeing Kel and the boys waiting for me.  I was lucky to share the experience with Kel, who is in for next year and Brendan Davies at the start as they both have invested much time into my prep.

Next year will be a different race for me.  I will be able to run through the distance far better and as a result will get through the grind of the last 19k along the Range and into Jenolan much better and hopefully much faster.  I have looked at the race and broken down my performance, strong for half and slowly declining for half.  Smarter training will help, specifically focusing on long runs, hill work and working under fatigue by putting doubles and back to back big days into my program more often.

My goals for next year are very rough but with only 11 months to go, they are;

That is it for now on 6 Foot Marathon until later in the year.  I'm sure I'll get on the track in the coming months, especially Nellies Steps, it's a beautiful part of the mountains and a great training ground for me to improve and develop as a runner.

This Saturday will be my first attempt at the famous 6 Foot Track Marathon.  I know the race, know the history and am excitedly counting down the hours until 7.05am.

I have been aiming for this run since late November last year when I committed to running seriously.  Since that point I have been running 6 or 7 days a week and have not missed one training session.  I have had good and bad days, but I have noticed some promising gains in my ability to run and in particular to run a long way.

Backing up long runs with recovery runs, grinding/sprinting lots of hills, plenty of speed work and loads of core activities has been a challenge, but it has set me in a good physical shape to tackle such a tough race. From December my stats have been excellent.

I have been training to a plan and my aim is to race in the same way.  Unfortunately for me it won't be until 2014 that I can run the race to my full capacity.  I am not quite ready to charge down to the Cox like I would like but it is here where I aim to establish my race.  After this I will push through the hills of MiniMini and Pluvio and hold on for the last 19km using the trail to assist with maintaining a good pace.  I have done the physical work, developed on the mental aspect, practiced my nutrition and race strategy both on the 6 Foot track and off it and am confident it will go to plan.

Ultimately my goal is sub 4.10 and this is very achievable.  I will be happy to finish knowing that I have run the race strongly and performed to my ability on the day.  I don't care for places and I certainly won't be racing others, I'll simply beat some and be beaten by some, my goals are personal performance, race experience, rising to the challenge and to have fun.  Next year I will be aiming for a personal best and base results on this, but that is next year.

So come Saturday I hope to be at Jenolan Caves knocking back the few Squires I've gone without in my prep.
Posted by Unknown at 14:24 No comments: 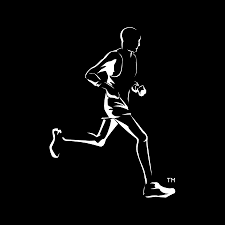 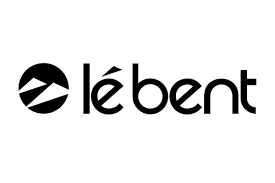 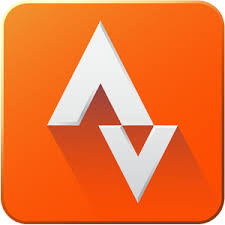